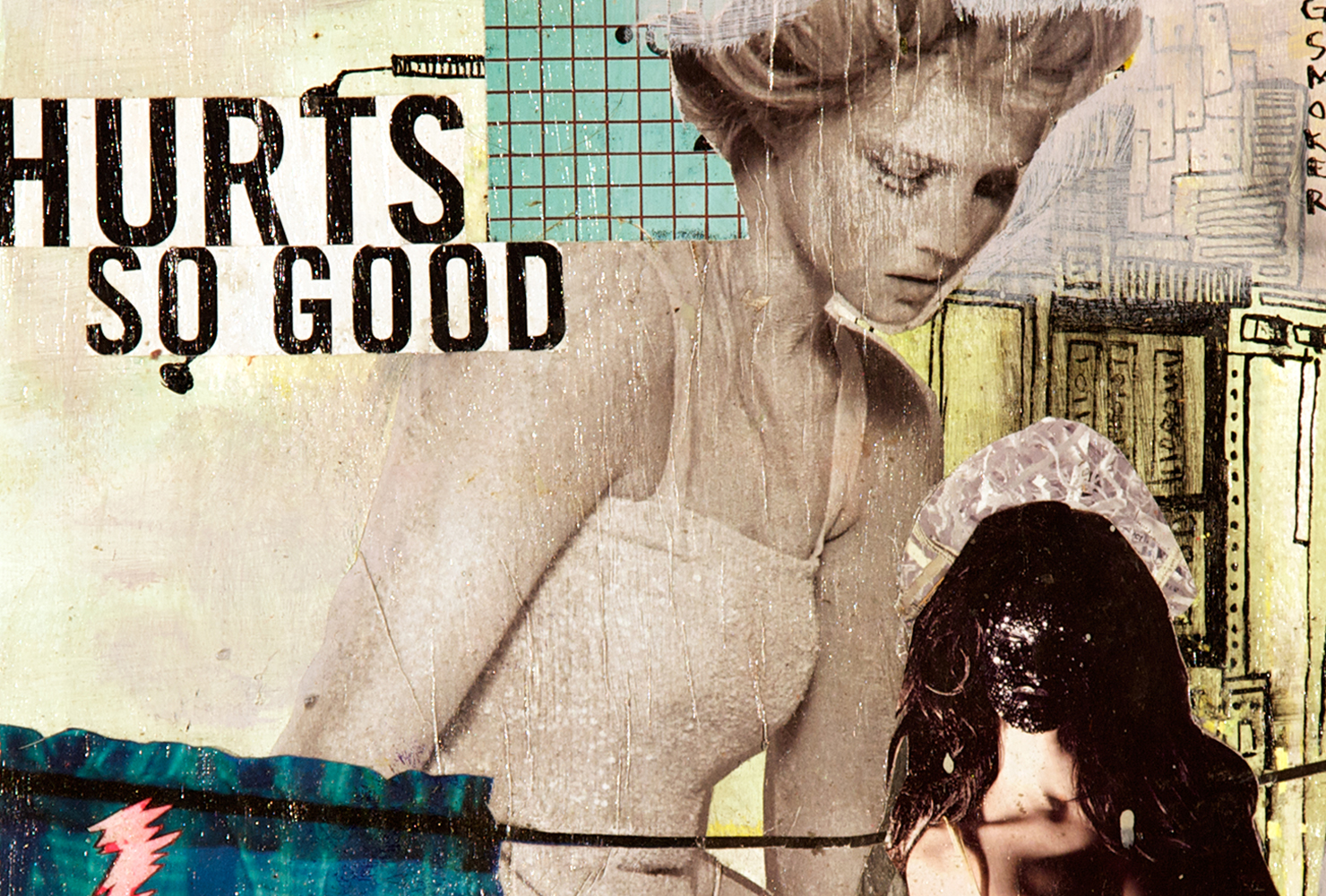 Chas Schroeder’s body of work explores the intersection of pastoral, urban, and ultimately diaristic sentiments. Employing mixed media and text to reveal the aesthetic possibility inherent in subjects ranging from game animals to misogyny to advertising to colonialism to love, no subject is out of the range of his sincere and deeply curious toying. His signature style is marked by the purposeful use of acrylics, wood, found objects, vibrant spray, stencil work, collage, street techniques and perversely rendered figures (both animal and human) in a fashion that seems to address the anxieties and wonders of modern American life in it’s most exuberant forms.