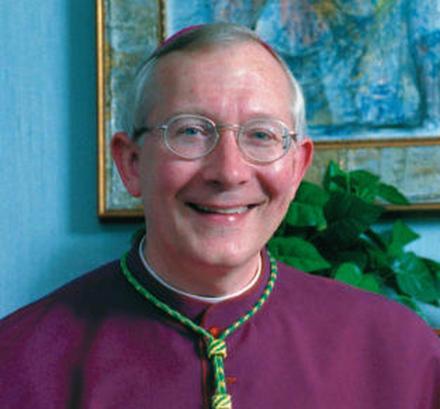 Wednesday, July 25, 2012, I was driving to campus to teach creative writing to a group of five talented and outspoken women and one talented and outspoken man, and during the drive, I had the pleasure of listening to Terry Gross’ Fresh Air (NPR) interview with Bishop Leonard Blair of Toledo, Ohio, my birth state. In the interview, Gross took her usual well-balanced tact, asking the questions that would allow Bishop Lenny the room to discourse reasonably or not so reasonably or a smattering of both on the Leadership Conference of Women Religious (LCWR) and their positions on homosexuality, birth control, and women in the church hierarchy. In the previous week, Gross spoke with Sister, Pat Farrell, president of the LCWR, addressing “the major criticisms of the Congregation for the Doctrine of the Faith, including the LCWR’s decision to abstain from taking a public position on abortion, contraception, and women’s ordination,” the genesis for the Bishop’s initiative to bring the LCWR “into compliance with the church’s teachings.”

I will admit being impressed with Bishop Lenny’s acknowledgements of LCWR’s stances on human trafficking and immigration, as expected, and I was taken in by his seemingly jovial manner, albeit sexist and antiquated. Where I began beating my head against the steering wheel was Bishop Lenny’s national/international proclamation that the rhythm method, as birth control, “worked really well.” I waited to hear the citations for this proclamation. Waited… Waited… When Gross challenged the statement with the LCWR’s dissenting views and Gandhi-like quietude on the Catholic position regarding birth control, homosexuality, and women’s ordination, Bishop Lenny reminded Gross and the listening public the church is very specific on these issues and the nuns had to be reigned into line regarding the official Catholic position. That was Bishop Lenny’s job. Reining in the nuns.

Bishop Lenny was appointed to assess the LCWR and their activities and the findings as described by NPR are “the leadership conference is undermining Roman Catholic teachings on homosexuality and birth control and promoting ‘radical feminist themes incompatible with the Catholic faith.’” Bishop Lenny, the Vatican, and Congregation for the Doctrine of the Faith “…also reprimanded the nuns for hosting speakers who ‘often contradict or ignore’ church teachings and for making public statements that ‘disagree with or challenge the bishops, who are the church’s authentic teachers of faith and morals.’”

Gross then took the opportunity to focus on ordination and the issue of women taking part in the decision-making hierarchy, citing the concerns that nuns are, in fact, women and on the front lines of women’s issues, relatively speaking; therefore, the importance of including their voices within this hierarchy and decision-making process would seem something akin to logic. Not for Bishop Lenny. Bishop Lenny cites dead female saints as being the female voices needed and already sought and attained. Yes. Dead female saints are the female voices within the church hierarchy. Bishop Lenny’s and apparently the Vatican’s stance is that Saint Mary and Saint Mary Magdalene… have, by the grace of their faiths and God, added to the overall doctrines and teachings of the Catholic Church. Here is where I derivated from Gross’ questions and began my own list. I’ll leave off the more colorful questions and stick to those more likely understood by a man of the cloth.

In a July 2012 article, Julia Dias Carneiro at the BBC writes “According to government estimates, 250,000 Brazilians are unaware they are HIV-positive.” Essentially, in spite of having  better antiviral drugs and longer lifespans for HIV patients, the spread of HIV is still rising in areas of the world. Shall the Brazilians and so many others use the rhythm method, too? The Catholic Church and Bishop Lenny say, Yes. Because it “works real well.”

I have many more questions for Bishop Lenny, but I don’t think I’d have the coolness of Terry Gross. She is my hero. But then, I don’t have to ask my questions, because apparently, the LCWR are trying to ask these questions either directly or indirectly. So, why are they being ignored and reined in? Doctrine. God has a plan and we are not capable of fully understanding his plan, except for the male Vatican, and the dead female saints. It is quite a feat, Bishop Lenny, herding nuns and sperm and eggs and sexuality “inclinations” as you call them. God Bless and good luck.

Somehow, while sitting alongside the road in my car, on the way to teach my class of five outspoken and talented females and one outspoken and talented male, I was able to lay aside Bishop Lenny’s interview and click my turn signal and rejoin the traffic of cars on their way to Baltimore. And while teaching the workshop, I thought time to time about Bishop Lenny and kept the interview and my views on the interview to myself. But I did think time to time on what it would feel and taste and smell like if a male hierarchy tried to tell the female students in my class they should be reined in on birth control and accept full male leadership regarding women’s issues. And it kind of made me smile, thinking how that might go down. And that’s the answer to it all, right? Laughter. So I will leave you now with Monty Python’s “Every Sperm is Sacred” from The Meaning of Life. Enjoy and happy Friday.