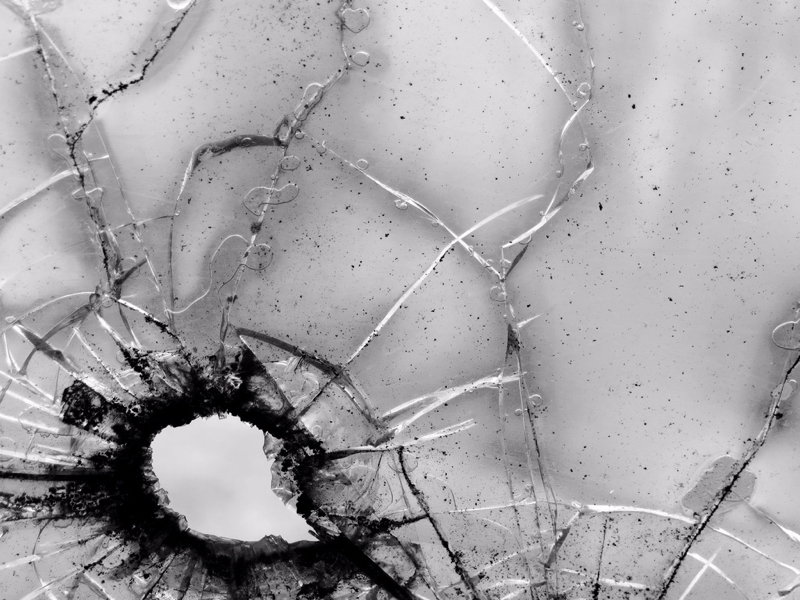 Dusk, my desk, a poem lodged inside me, stillborn—a flash of darkness at my window, and then a crash in the room next door. Bomb, gunshot, sonic boom? I arrive in time to hear glass shatter and watch the window collapse. Shards of glass scattered among the volumes in the bookcase, at my feet, and then as I heedlessly walk, in my feet. There is blood. I imagine an owl, a steely crow, an eagle with a majestic wing span struck the glass, then, scarcely stunned, flew past my window.

Hadn’t I seen a flash of darkness?

This violent intrusion must be a sign, a message about my life, the poem I’m struggling to write. And then I remember a childhood neighbor’s pronouncement: if a bird flies into a house, it means that someone will die. I don’t believe this piece of folklore, and yet…it matters to me that the bird survived. A dead bird cannot portend a promising future.

A bird crashes into my window. An accident. Random collision of soft animate being with hard inanimate object. It happens all the time. And not always accidental: bombs fall on children, planes explode in the sky. Who am I to attribute personal meaning to this? Any meaning at all. It is dangerous to take what happens in even one’s own life personally. Only by chance did the bird hit the window of the room next door and not the window I face all day long.

And yet…and yet.  My writer’s brain insists on meaning. Nothing is random.  And then it says…Because…it says. Chronology implies Causality. Character arcs and revelations. The bird symbolizes…it says. There must be an epiphany in here somewhere, it says. Everything is personal. And then…and then…The bird lives! The poem is born! My writer’s brain holds out for redemptive endings.

People never say how violent it is when some living thing comes into or out of this world. They speak in euphemisms. He died peacefully in his sleep surrounded by his loving family. Mother and baby are resting comfortably.

The deaths I’ve witnessed haven’t been peaceful. My mother thrashed. Her limbs turned mottled and blood-deprived. My uncle’s mouth turned to an O, a cartoon drawing of a gargoyle. People I loved looked nothing like themselves as they died. There were transformations, but search as I did, I could not find the epiphanies. Nothing was revealed.  If they escaped their bodies, I could not track their flights. And yet, from their throats emerged the cries of wild birds.

A day later, I stumble upon him (or it—why does my brain assign a gender?), feet up, eyes glazed, stiff, in the dirt in the dark corner of my yard. A lowly sparrow, ants already crawling over him. Inside him. Impact turned animate being into inanimate object. A violent almost-entrance became an exit.

A small brown bird, indistinguishable from the many of his kind that flank my bird feeder.

Competing for a few seeds. As I strain for my few words.

This is the story I want to tell:

A bird crashed into the window of the room next to my office. I saw the flash, heard the crash and ran, to find a glorious bird with a massive wing span. The blow scarcely stunned him. In the sky beyond my sight, he still flies. His violent emergence into my life can only mean that something good is about to happen.

I wait for further signs.

Photo at the top of the page taken by Books Smuin. 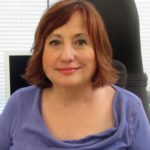 Deborah A. Lott's work has been published in the Alaska Quarterly Review, Bellingham Review, Black Warrior Review, StoryQuarterly, the Rumpus, Salon, the Good Men Project, and many other places. Her work has been named as Notables by Best American Essays three times. She teaches creative writing and literature at Antioch University, Los Angeles, where she is faculty advisor to Two Hawks Quarterly.com. Her memoir, Don't Go Crazy without Me, will be published in 2020 by Red Hen Press.