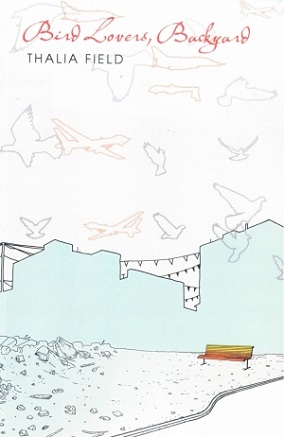 “I found myself constantly trying to figure what, with all of this paper she has given herself to write on, she really has to say. And even though there were moments in which I could not figure out exactly what Field was trying to say, this eventually became unimportant  because I was so immersed in how she said these things, drifted along with the poetic language that the real meaning of the text became more about creating a poetic reading experience rather than one full of a clear-cut meaning.” READ MORE

Chelsey Clammer received her MA in Women’s Studies from Loyola University Chicago, and is currently enrolled in the Rainier Writing Workshop MFA program. She has been published in The Rumpus, Atticus Review, and The Nervous Breakdown, among many others. She has won many awards, most recently the Owl of Minerva Award 2014 from the women’s literary journal Minerva Rising. Clammer is the Managing Editor and Nonfiction Editor for The Doctor T.J. Eckleburg Review, as well as a columnist and workshop instructor for the journal. Her first collection of essays, There is Nothing Else to See Here, is forthcoming from The Lit Pub, Fall 2014. You can read more of her writing at:www.chelseyclammer.com.