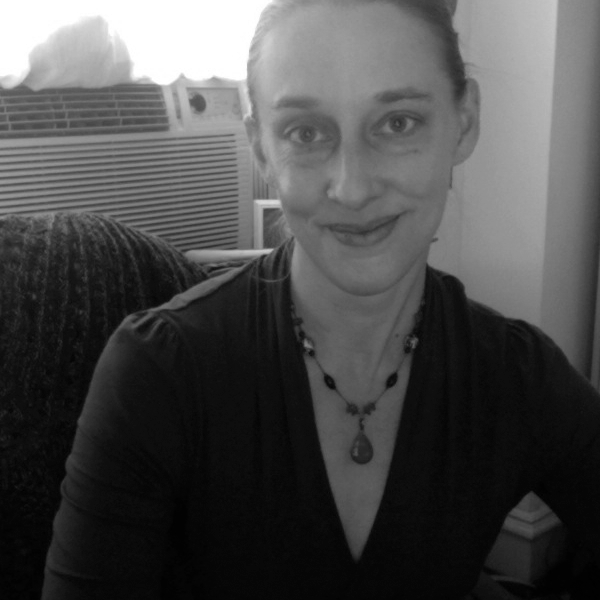 If a rabbit came here

if a rabbit sprang away

from my closed eye

Now, the evening the after the birth of the First Dalai Lama, bandits broke into the family’s house. The parents ran away and left the child. The next day when they returned and wondered what had happened to their son, they found the baby in a corner of the house. A crow stood before him, protecting him.

-His Holiness the 14th Dalai Lama of Tibet

and the thick voices of crows.

My mother’s face filled the sky.

—she turned her head

Warm behind a black wing

soft scratching on my cheek.

My eyes closed, my fingers curled

into down. A firm fluttering heart

mirrored mine. She left me. My mother left.

All night the bird’s breath, its clawed,

At sunrise the crow’s dark eye

and mine. The crow’s light spine

tears down my cheeks, hers

over her parched and open hands.

The satellites that took Galileo

by the throat spin silently, looping

ellipses round Jupiter. They grin,

still, at their first observer’s

who doesn’t give a shit about some

and the subsequent human outrage.

She just relishes the tidal locking

that keeps her facing that gas giant,

before his dizzy eye

Teach you to wrap me in clouds and take what’s mine.

Leaves at the alley’s edge

curled round a dark penny

until a tall man passed,

In his small wind the leaves

shifted, and at the scritch

he stooped to draw the penny

lightly from amongst them

then wrapped it in linen,

tucked it in his pocket.

As he gazed through a shop window

across the blue field of a worn

dropped through a hole

into the lining of his jacket,

and began to sing to itself

there in the sifting darkness.

Later, he heard while walking

felt the small weight of change

tapping his thigh and then,

as he passed a sidewalk filigree

his heart lifted a little,

Lea Marshall is an MFA candidate at Virginia Commonwealth University, where she is also Assistant Chair/Producer in the Department of Dance & Choreography. Her work has been published in Anderbo.com , diode poetry journal, and is forthcoming in Hayden’s Ferry Review.

Lea Marshall is an MFA candidate at Virginia Commonwealth University, where she is also Assistant Chair/Producer in the Department of Dance & Choreography. Her work has been published in Anderbo.com , diode poetry journal, and is forthcoming in Hayden’s Ferry Review.